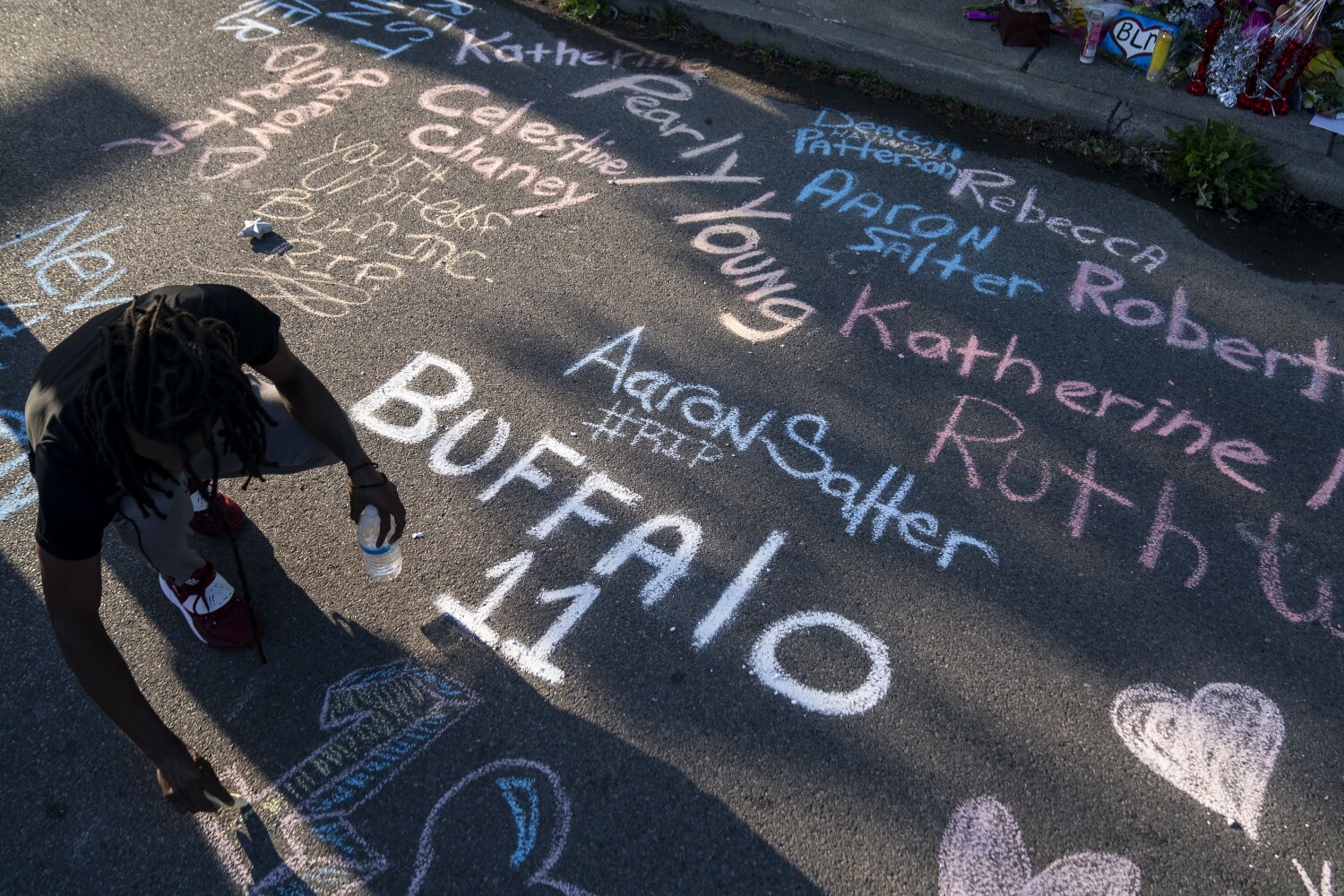 The White House said President Biden would travel to Buffalo on Tuesday to grieve with victims and their family members after what police described as a racially motivated mass shooting on Saturday that left 10 people dead.

But members of that tightknit community say they want more from the president than his condolences.

“I want him to speak on the truth,” said Marnetta Malcolm, a 61-year-old activist who grew up near the Tops Friendly Markets store where the massacre occurred. “This is not going to not happen again, right? So the truth of the matter is this is a country problem. This is an American problem with them hating us. … Now you can’t shop at the grocery store while you’re Black. You probably can’t walk and travel while you’re Black. There’s a few things you can’t [do]. That’s the problem.”

With the nation’s eyes on the east side of Buffalo — an older, predominantly Black community — residents said the president has an opportunity to help those families heal and call out racism, white supremacy and domestic terrorism. An 18-year-old white man has been charged with traveling across the state to kill Black people inside the neighborhood’s only supermarket.

Dozens of people frequented the area near Tops on Sunday to commemorate the victims. By Monday, it was largely business as usual, with out-of-town visitors returning home and local residents going back to work.

Much of Monday on the east side of Buffalo was gloomy — the cloudy and rainy skies and the community’s collective mood.

“I don’t know if it’s the weather, but it’s such a somber feel,” said DiMario Bell, a 40-year-old therapist who moved to nearby Amherst a couple years ago.

Bell said he didn’t know what policy change could realistically come from the president’s visit, but credited him for at least showing up.

“I don’t know what happens after that, but I do appreciate that,” he said. “Buffalo’s not really super well known. Outside of chicken wings and Buffalo Bills, people don’t really know a lot about Buffalo, so I’m glad that the president is making this a serious issue.”

In interviews, community members said they hoped Biden would speak about the level of hatred required to carry out a massacre targeting Black people. They were particularly upset that the alleged gunman — Payton Gendron, 18, who lived 200 miles away in Conklin, N.Y. — didn’t even know the victims. They were also angry that he seemed to target the elderly.

“It makes me angry to the point where I want to put hands and feet on this kid and not stop until he’s not breathing, and it’s a shame to be thinking like that,” said Derek Middlebrooks, 34. “I don’t want to think like that, but I’m tired. I’m tired. I’m tired of people looking at us like we’re just nothing. That’s exactly what he did. He went and mowed them people down like they were nothing. To him, they weren’t.”

In a statement Saturday, Biden empathized with the families of victims and expressed gratitude for law enforcement. He also described the shootings as a “racially motivated hate crime” and condemned domestic terrorism.

Jarrold Anderson, 33, an independent appraiser who shopped at Tops on Saturday before the massacre, said he hoped “the president, when he does come, that he actually has something strong in his message that will resonate with some of these people who might have these crazy ideologies and hopefully change their opinion.”