A British national with a Filipino family and heart, Malcolm Conlan wrote and open letter addressed to controversial DJ Mo Twister who allegedly insulted the 31 million Filipinos who were voting for presumptive President Bongbong Marcos. 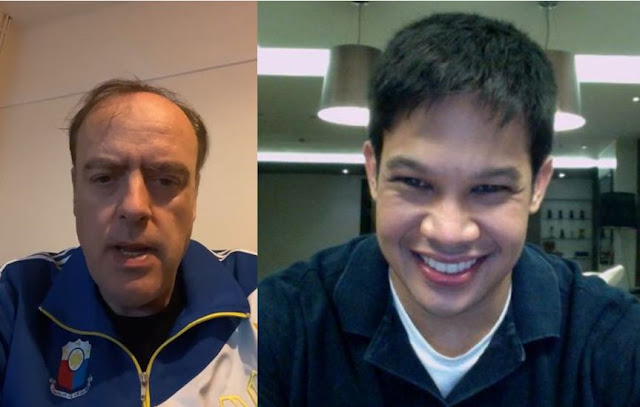 During the past few days, DJ Mo Twister called out the 31 million Filipino voters supporting BBM as he called out unpleasant names that went viral on social media.

Due to the latest statement released by DJ Mo, Malcolm Conlan was apparently indignant that a Filipino-American DJ would insult the 31 million Filipinos.

The British national with a Filipino heart, asked if DJ Mo have got any right to insult a large proportion of the Philippine electorate.

The veteran DDS blogger and social media personality, remarked that just because the BBM supporters do not share the same voting preferencess as DJ Mo Twister doesn’t mean he can call his fellow countrymen stupid.

Whoever you are, How DARE you insult 31 million Filipinos who took part in an entirely fair and internationally recognised and acknowledged democratic process to elect a new president in the Philippines. From what I understand you are a Fil-Am right?

Why have you got any right to insult a large proportion of the Philippine electorate?

No sir, these citizens of the Republic of the Philippines are not stupid at all, I have met so many people who voted for BBM, many come from academic backgrounds, university educated with a strong sense of responsibility and sense of duty. They are Filipinos who are proud of their country and spent so much time considering who would be best to lead the country moving forward.

But even those who didn’t have the benefit of a university education like myself or even a good education, support Sir BBM and Ma’am Inday Sara with our hearts, minds and understanding, we are not STUPID! Those who cause division and insult others are more entitled to be called stupid than those who are only exercising their rights?

I have no doubt that EVERY single voter in the Philippines has cast their vote based on their own personal choice and I am also share they have exercised that right with care and a sense of responsibility. Just because they don’t share the same voting preferences as yourself doesn’t mean you can call your fellow countrymen stupid. How dare you!!!!

This is the kind of toxic culture in the Philippines that’s pulling the country down and will mean it will always be hard for the Philippines to progress, insulting your fellow man will only make things worse.

Let’s all respect that personal choices and preferences of each other, spread love and unity, not hate.

Foreigner with a Filipino family and heart. Concerned netizen,

Watch the Video Posted by Conlan: