Outgoing Vice President of the Republic of the Philippines, Vice Pres. Leni Robredo made an interesting statement to her supporters and the Filipino audience in general. 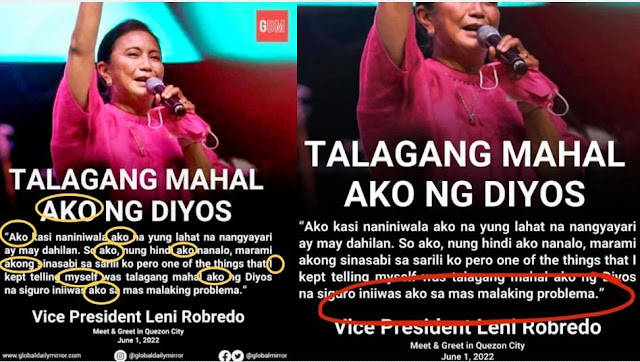 According to VP Leni she is grateful she lost because God was very kind to her and spare her from the huge problems that awaits President Duterte’s successor.

The statement released by the Vice President was met with criticisms on social media, fellow Bicolano Edwin Jamora was one of the first to criticize VP Leni’s statement.

According to Krizette Laureta Chu, VP Leni Robredo run for President and yet, she look at the Philippines as a huge problem.

This is indeed expected from her if she wins, she will have to own all the problems in the Philippines.

The veteran blogger called Robredo as a clown for having such mindset. She said we have to be very thankful she did not win.