Veteran blogger and radio host Mark Lopez confronts an alleged confused Dilawan supporter for his supposed expose regarding the current Metro Manila Subway Project. Instead of getting the support from social media users, the Dilawan was confronted with facts. 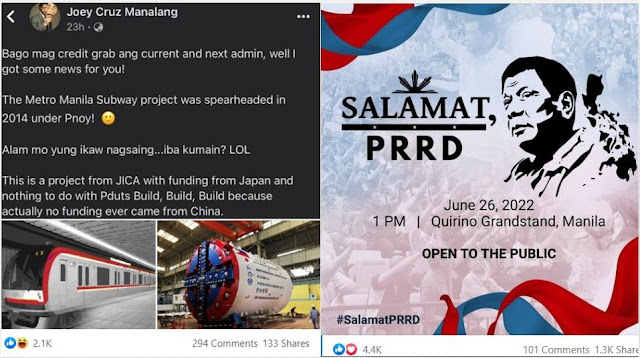 The alleged expose of a certain Joey Cruz Manalang backfired after Mark Lopez lectured the netizen on how the project really started.

In an earlier social media post, Joey Manalang claimed that the Duterte and Marcos administration should not credit grab the Metro Manila Subway project because it was allegedly spearheaded in 2014 under PNoy.

Bago mag credit grab ang current and next admin, well I got some news for you! The Metro Manila Subway project was spearheaded in 2014 under Pnoy!

This is a project from JICA with funding from Japan and nothing to do with Pduts Build, Build, Build because actually no funding ever came from China.

In fact, most of the bridges, airports, and highway projects completed recently and yet to be completed were from the PPP (Public-Private Partnership) under Pnoy from 2010-2016.

Bago mo ipaglaban ang choice mo for a leader make sure you KNOW THE FACTS!”

The supposed expose of Manalang was received with criticisms by netizens and Mark Lopez lectured Manalang for the information he gathered which is without basis.

According to Mark Lopez the Aquino administration has nothing to do with the current Metro Manila Subway Project because all PNoy did was announce plans and photo ops, even as this Subway Project has been conceived 50 years ago, as part of the Urban Development Plan for Metro Manila.

The veteran radio host noted that it was only in 2016 when the Duterte administration came in, with Secretary Art Tugade at the helm of the DOTr, when approval, funding and actual implementation of the project construction was relentlessly pursued.

Netizens also lectured Joey Manalang for his supposed expose as he received numerous criticisms for claiming that it was the Aquino administration who started the project. 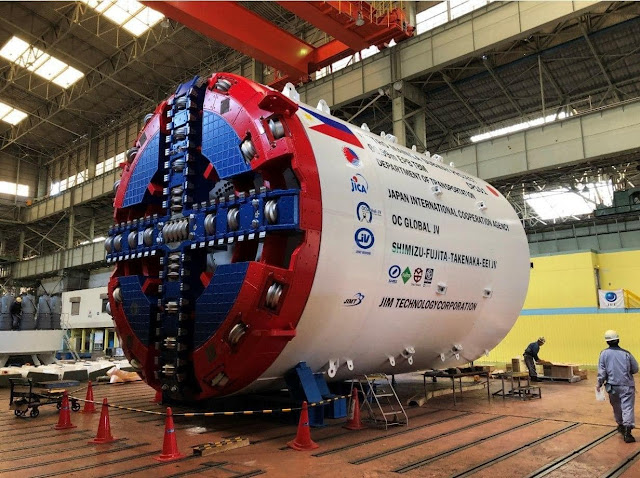