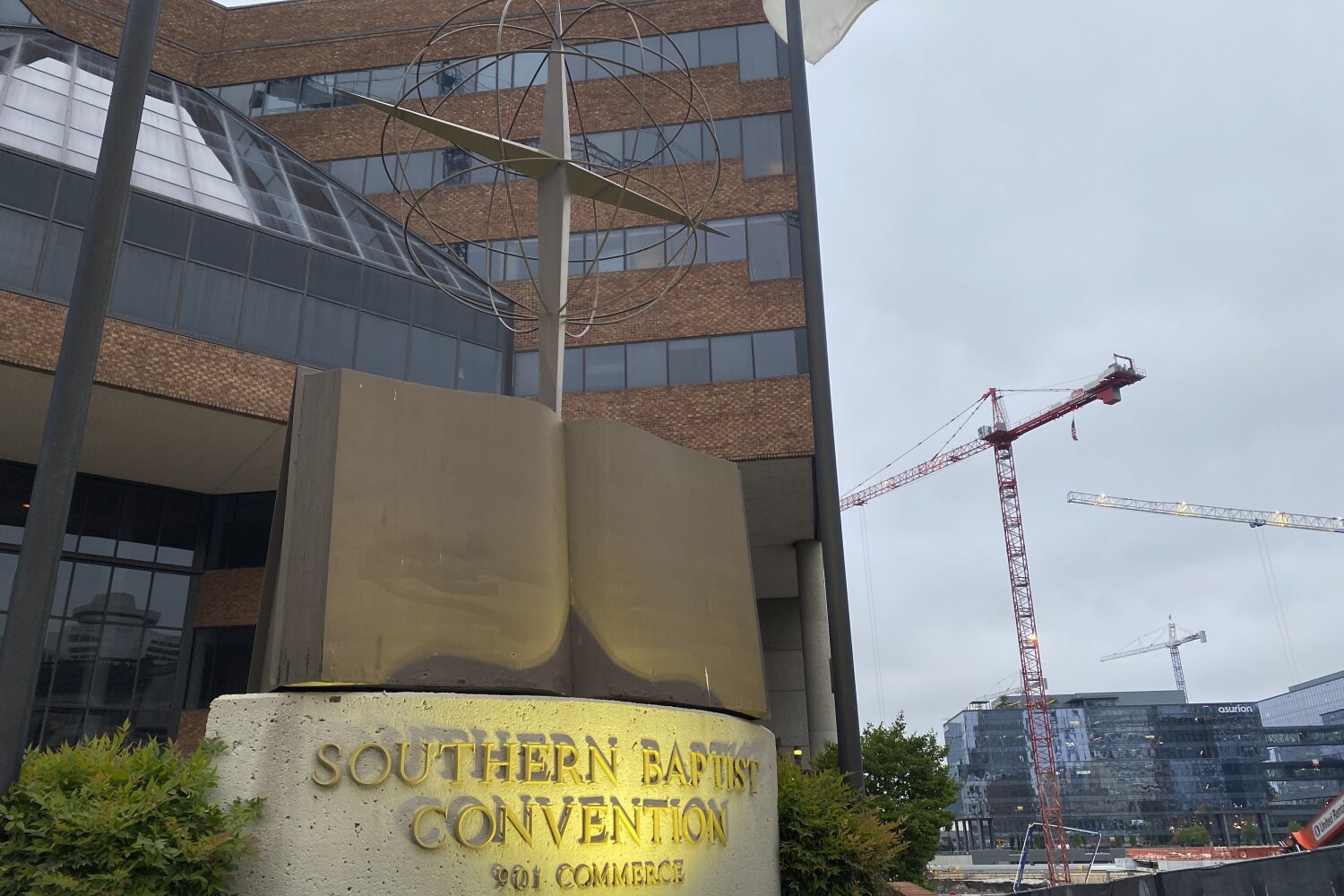 More than 8,000 members of the Southern Baptist Convention on Tuesday voted overwhelmingly to take action to stem a sexual abuse scandal that has stunned members and caused rifts within the largest Protestant denomination in America.

Pastor Bruce Frank of the Biltmore Church in Arden, N.C., called it a “kairos” moment — a providential time to act.

“Either we humble ourselves before God, or God will humble us,” he said, addressing delegates before the vote in a chilly conference room in Anaheim. “This is a seminal moment where we will choose between humility and hubris.”

Frank is the chair of the Sexual Abuse Task Force, established at the 2021 Southern Baptist Convention meeting to study how to respond to widespread reports that allegations of sexual abuse were ignored or covered up for nearly 20 years by senior members of the group’s executive committee.

An explosive 288-page report commissioned by the SBC and released last month describes how leaders disregarded survivors’ reports of abuse, appeared more concerned with protecting abusers than victims and denigrated survivors as “opportunists,” while making the avoidance of legal liability by the SBC the top priority.

Frank said the task force spent thousands of hours reading reports, speaking with survivors and deciding on the best course of action.

“Most of all, we want to say thank you to the survivors,” he said. “Thank you for your patience, your persistence, your grace and resolve. You are the heroes in this room.”

The vote on sex abuse was the most pressing item on the convention’s agenda, causing some to predict that the gathering would be the most consequential, and potentially contentious, in years.

The task force proposed two recommendations that were up for vote on Tuesday. The first was to create another task force to implement sexual abuse initiatives. The second was the creation of a “Ministry Check” website that would list credibly accused offenders associated with SBC churches, in order to prevent abusers from easily moving to other congregations.

There was some debate about the two motions. Those who spoke against the recommendations included Mark Coppenger, former president of Midwestern Baptist Theological Seminary, who questioned how widespread the abuse was and why he should pay for the sins of a hypothetical church down the street.

Tim Overton, pastor of Kingston Avenue Baptist Church in Anderson, Ind., said the report was tainted because the independent third-party group that conducted it, Guidepost Solutions, tweeted this month in support of LGBTQ people. Southern Baptists overwhelmingly believe that sex is permissible only between a man and a woman in marriage.

“This is a group celebrating sexual sin,” Overton said.

He asked that the resolutions be tabled for a year. Some audience members gasped audibly at the suggestion.

Brad Eubank, pastor at Petal First Baptist Church in Mississippi and an abuse survivor, spoke on behalf of the recommendations.

The vote was cast by yellow ballots that delegates to the convention, known as messengers, held aloft. There was no question which side won. When SBC president Ed Litton announced that the recommendations had passed, the room erupted in applause, and several delegates stood.

Another topic discussed during the first day of the two-day convention were whether Orange County’s Saddleback Church should remain in the conference after ordaining three female pastors. No decision was reached. Saddleback, founded by Pastor Rick Warren, is the largest church in the convention, but in 2000 the SBC stated that only men could be pastors.

The SBC also voted to pass a resolution that it would declare as reprehensible atrocities conducted against native Americans in the name of religious conversions, and would stand against forced conversions. The resolution was brought to the floor by Mike Keahbone, a Cherokee who serves as senior pastor at Cherokee Hills Baptist Church in Oklahoma City.

Dwight McKissick, senior pastor of Cornerstone Baptist Church in Arlington, Texas, who is Black, brought up a motion to remove the names of slaveholders from buildings and endowed chairs at Southern Baptist seminaries.

Observers say the SBC is at a crossroads. The top two men who were running for president of the group offered different visions of its future. Bart Barber, pastor of First Baptist Church of Farmersville, Texas, represents what some called a “big tent” vision for Southern Baptists, while the more conservative Tom Ascol represents a more by-the-book — meaning the Bible — approach to decision-making.

After a run-off vote late in the day, Barber was elected president, with just over 60%.

“Hallelujah! I’m so happy,” cried a man leaving the convention center after the vote.

Lynan Alexander, the retired director of missions for the East Bay Baptist Assn., who worked with 140 churches, said that despite the tensions, the convention felt pretty normal to him.

“There are always people on different sides of the issues,” he said. “That’s usually how they go.”