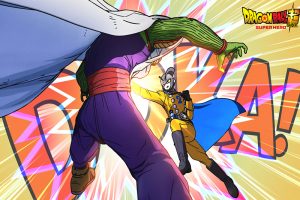 The new series titled “Dragon Ball Super: Super Hero” is set to be released in the Philippines on August 31.

This would be the second film in the “Dragon Ball Super” saga franchise, and the 21st Dragon Ball animated film produced by the Tokyo-based animation studio, Toei Animation.

According to anime distributor Crunchyroll, the film will be available in the English language, both dubbed and subtitled, along with the Japanese dubbed film.

These are the theatrical release dates in other countries:

The film will be directed by Tetsuro Kodama and the Japanese voice actors for the film.

Crunchyroll is an independent-operated joint venture between US-based Sony Pictures Entertainment, and Japan’s Aniplex, a subsidiary of Sony Music Entertainment.