Syria’s descent into a narco state

Syria’s descent into a narco state 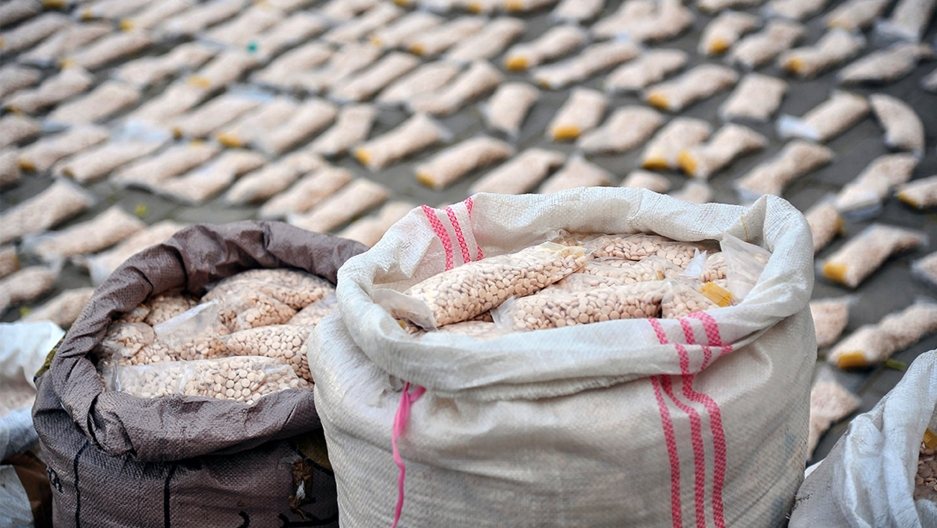 Syria’s government is enriching itself in the drug trade, according to a new investigation by the German newspaper Der Spiegel.

The report found that senior members of the Syrian government are at the center of the illegal drug trade of the smuggled drug known as Captagon. A picture is now emerging of Syria descending into a narco state.

The World’s Carol Hills spoke with Natasha Hall, a senior fellow with the Center for Strategic and International Studies, about Syria’s drug trade and the country’s descent into a narco state status.

Related: Syria is at the center of a booming trade in a little pill that’s cheap, easy to produce and completely illegal

Carol Hills: The term narco state conjures up a lot of images. Why does it apply to Syria at this point?

Natasha Hall: Well, I think that Syria has actually been a narco state for quite some time, but it’s sort of risen to the media stature at this point as the drug trade increases. Small factories began emerging in 2013 and were likely connected to Hezbollah, which is a main ally of the Assad government. But as the plundering and seizures of assets that the regime has undertaken, as it’s taken more territory in Syria, has somewhat dried up, this new revenue stream began to emerge and now what we’re seeing is sort of industrial production-level capacity of this drug called Captagon.

Captagon is the drug in question. What is it?

So, it has a bit of a storied history. It was developed in 1960 by a German pharmaceutical company for the treatment of attention deficit disorders. But by the ’80s, it was banned because of its side effects. But it continued to thrive on the black market, particularly from Bulgaria. It no longer uses the original ingredient, which was fenethylline, which is harder to come by. It’s now primarily using pseudoephedrine.

And is it a stimulant, a depressant? What are its addictive qualities? I mean, why do people take it?

So, what is the evidence that the family of Bashar al-Assad is involved in the illegal Captagon business?

So, that’s what’s so interesting about these new investigations in Germany because previously, there had been quite a bit of evidence beginning to mount that the Assad regime was at the center of this renewed and more robust drug trade. But it was very difficult to link these huge shipments that we were seeing in Salerno, in Italy, in the Gulf and other places with the actual point of delivery. And in this case, the case in Essen, Germany, could now change that.

Briefly describe the case in Essen. What happened?

Essentially, what was found is that one particular individual had long had ties to ports in Latakia, which is also a stronghold of the regime, in exporting the drug from there. But essentially, the investigators had been tapping into his phone lines and also tracking the trade for many years now, actually, before they were actually able to arrest him upon his arrival in Germany and tie him to a trade of nearly 130 million euros [$137 million], street value in Captagon.

What does this mean for the future of Syria’s economy? I mean, is this kind of it?

I think it’s difficult to determine now, but certainly that’s what policymakers need to be looking into. What are the long-term development plans of this industry? You have Lebanon on one side and Iraq on the other, which have militias that are all tied to the Assad government, as well as Iran and global drug trade network. So, this is kind of the perfect storm for a global drug trade to emerge. And within that, you have a country that has been ravaged by war, didn’t make more than probably $860 million in legal exports just a couple of years ago. And that compares to billions that it’s been making from the Captagon trade.

This interview has been lightly edited and condensed for clarity.