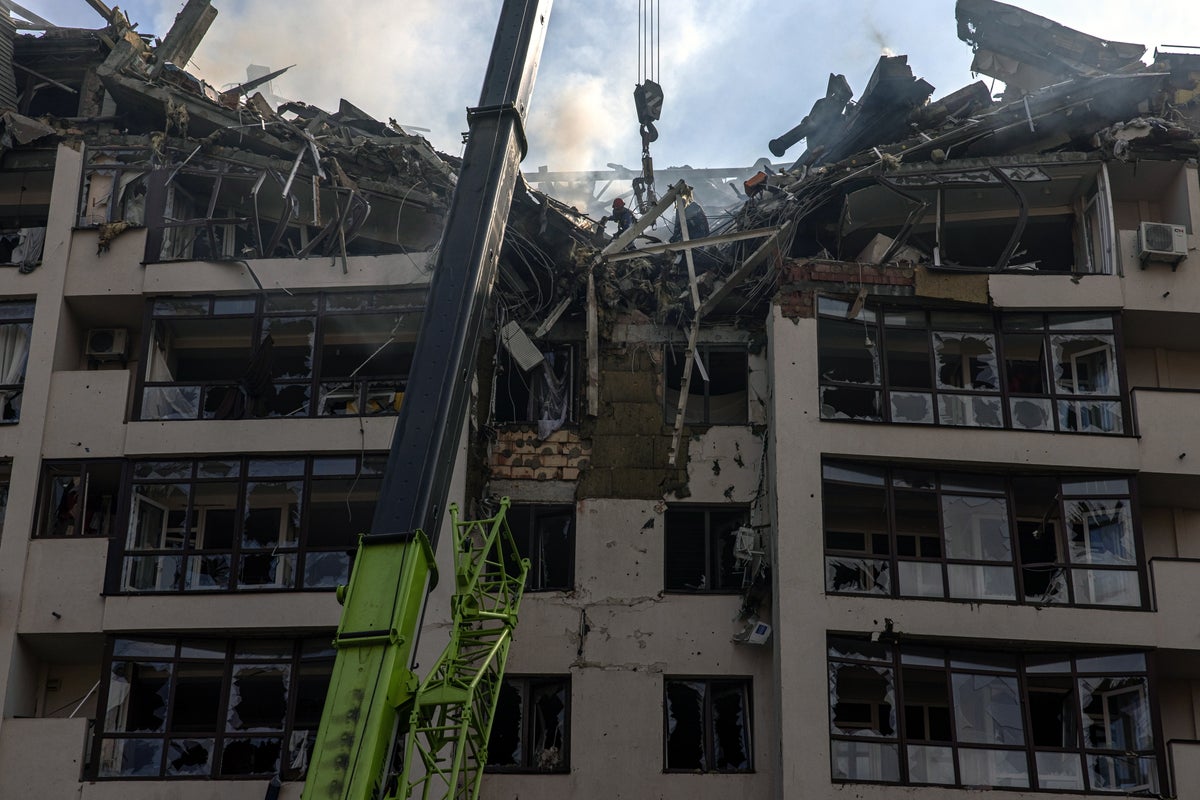 Volodymyr Zelensky is set to address the G7 summit on Monday and press Ukraine’s allies for more weapons in his first-ever such note as the clamour grows to support Kyiv a day after at least 14 missiles struck the capital and the region in a “symbolic  attack”.

The three-day summit will have the US, the UK, Canada, France, Germany, Italy and Japan in attendance in Berlin with a focus on pledging more support to Ukraine.

India, Indonesia, South Africa, Senegal and Argentina will also participate in the session as the nations will centre discussions around climate crisis, energy and other issues.

This comes a day after Russia struck Kyiv and Moscow’s troops turned their focus on capturing Lysychansk as they entered the last major city in Ukraine’ Luhansk province. Russia has already announced full control over the key Donbas city Sievierodonetsk.

Meanwhile, Boris Johnson has urged EU leaders to boost their military support for Ukraine, amid concerns a ‘bad peace’ could be agreed due to fatigue over the now five-month war.

Cambridge University is starting a package of support for students and academics displaced in the ongoing war in Europe, including fully-funded residential placements for more than 30 people.

The initiatives have been developed in partnership with universities in Ukraine and the Ukrainian government, Professor Stephen J Toope said.

Prof Toope said: “Since the start of the invasion, the university has been working with education leaders in Ukraine to support academics and students whose lives have been torn apart in this humanitarian tragedy.”

After capturing Sievierodonetsk, Russian soldiers have turned their focus on capturing Lysychansk as they entered the last major city in Ukraine’ Luhansk province.

A separatist official from the region said that Moscow’s fighters had entered the city from five directions and were cornering Ukrainian soldiers.

Russian forces are using artillery to cut off the twin city of Sievierodonetsk from the southern part of Ukraine, the general staff of Ukraine’s armed forces said.

Civilians escaping the fire raging in Lysychansk said that the fighting had worsened in the last week.

“Lysychansk, it was a horror last week. Yesterday we could not take it any more. I already told my husband if I die, please bury me behind the house,” Elena, an elderly woman from Lysychansk who escaped the frontline area said.

Moscow must be defeated with ‘all our might’, says Zelensky

Volodymyr Zelensky reiterated demand for more “powerful” artillery to counter Russian missiles and said that the troops sent by Moscow must be defeated with “all our might”.

Confirming the missile attack on Kyiv, Mr Zelensky said: “Part of the missiles were shot down. But only part. We need a powerful air defense – modern, fully effective. Which can ensure complete protection against these missiles.”

“We talk about this every day with our partners. There are already some agreements. And partners need to move faster if they are really partners, not observers,” Mr Zelensky said.

He added that the “delays in the transfer of weapons to our state, any restrictions are actually an invitation for Russia to strike again and again.”

“The occupiers – these terrorists – must be beaten with all our might so that they do not think they can put pressure and outplay someone,” he said.The attacks also left two casualties — including a Russian citizen, Mr Zelenksy said.

“The second army of the world triumphantly “defeated” a kindergarten and an apartment building. The man died, he was only 37 years old.”

“There are wounded, among them – a girl named Zhenya, she is seven years old, the daughter of the deceased, now she is in “Okhmatdyt”. Her mother was also wounded. By the way, a citizen of Russia. That’s that.”

“Artillery and mortar shelling did not stop in the Kharkiv region, in the Sumy region, in Donbas, in the south of our state. My condolences to the families and friends of the victims. Everyone who was injured is given all the necessary help,” he said.

Boris Johnson has warned Emmanuel Macron that any attempt to settle the conflict in Ukraine now will give Russian president Vladimir Putin “license to manipulate” other countries.

The prime minister told the French president that compromise will “only cause enduring instability” as the pair met to discuss the war at the G7 summit in Germany.

Mr Macron was criticised for negotiating with Mr Putin at the start of the invasion and said Russia must not be “humiliated” – raising fears Ukraine could be pushed into giving up territory.

Watch: Zelensky calls for more help from G7 during ‘difficult stage of war’

Ukraine: Zelensky calls for more help from G7 during ‘difficult stage of war’

Turkey to attend Nato talks with Finland and Sweden

President Tayyip Erdogan will attend a round of talks with the leaders of Sweden and Finland, as well as Nato on Tuesday ahead of the summit in Madrid, an Ankara spokesman has said.

Speaking to broadcaster Haberturk, presidential spokesman Ibrahim Kalin said Erdogan and deputy foreign minister Sedat Onal would also attend another round of talks with Swedish and Finnish delegations in Brussels on Monday.

“There will be a four-way summit at the leader level with the attendance of our president in Madrid upon the request of the Nato secretary general,” he said.

Kalin said Erdogan attending the talks with Sweden, Finland and Nato on Tuesday “does not mean we will take a step back from our position.”

Boris Johnson’s government will pledge £10million to help rebuild Ukraine’s railways in a bid to use trains to export grain trapped by Vladimir Putin’s blockade in the Black Sea.

The prime minister is set to call on fellow leaders to take urgent action to get essential food supplies out of Ukraine at the G7 Summit in Germany on Monday.

Mr Johnson said the United Nations’ plan to get the grain out of Ukraine is a “non-starter” because Russia will continue to use food supply as a bargaining chip to ease sanctions.

Adam Forrest has the story:

Putin cannot ‘get away’ with conquering parts of Ukraine, says Johnson

Boris Johnson said he thinks the US is “still the last, best hope of peace and freedom”.

Speaking to CNN at the G7 summit in Germany, he said Russian president Vladimir Putin must not be allowed to “get away” with conquering parts of Ukraine.

Asked how so-called Ukraine fatigue can be combated in the West, and whether he worries higher energy prices might cause people in the US and UK to decide it is not worth the fight, he said: “I would just say to people in the United States that this is something that America historically does and has to do, and that is to step up for peace and freedom and democracy.

“If we let Putin get away with it, and just annex, conquer, sizeable parts of a free, independent, sovereign country, which is what he is poised to do, if not the whole thing, then the consequences for the world are absolutely catastrophic.”

He said the US came in twice in the last century “as the arsenal of democracy” and President Joe Biden’s current investment in helping Ukraine is “a price worth paying”.

“All I’m saying to people is sometimes America is asked by the world to step up. And getting back to your first question, I think America is still the last, best hope of peace and freedom,” he said.