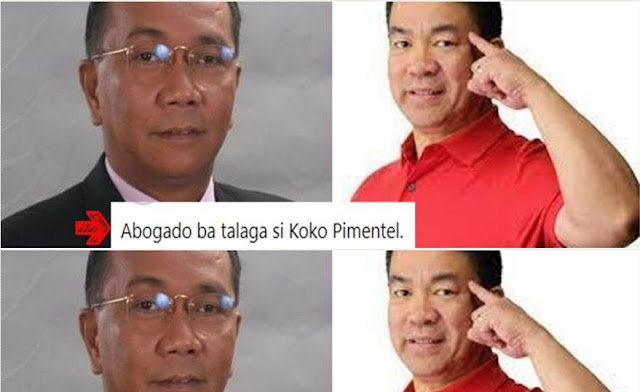 Jay Sonza lashed out his fellow Mindanaoan as he questioned if indeed the legislator is a lawyer after he joined Hontiveros on their efforts to help the controversial former lawmaker.

The veteran broadcaster and political analyst was apparently disappointed towards Sen. Pimentel because of Senate resolution he co-sponsors with Hontiveros as he urged netizen to imagine what would happen if Sen. Koko was their lawyer.

Jay Sonza even share how disgusting Senator Koko Pimentel is as he told the lawmaker “Nakakasuka ka sir!”

He is asking the state prosecutor, representing the People of the Philippines vs. Leila de Lima to withdraw the case against the accused in a criminal proceedings.

Imagine if you happen to have him as your lawyer.

Netizens also joined the conversation as they shared their reactions to Jay Sonza’s rebuking Sen. Pimentel and express how they also feel towards the Mindanaoan Senator.

Cristina Santos: Unbelievable for a lawyer to be doing such a thing!

Alvin Isip: Such a disgrace to the entire nation!!!

Lennos Nnadda: He wants to impress and simply seek opposition support for his own interests by May 2028. Too early for future YellowPinkachu bet!