PCSO Delivers Ambulance to Abra After Asking Personally from PBBM

PCSO Delivers Ambulance to Abra After Asking Personally from PBBM


The Philippine Charity Sweepstakes Office (PCSO) delivered an ambulance to the Province of Abra, heavily affected by the 7.0 magnitude earthquake after Abra Mayor Bernos personally asked President Bongbong Marcos for favor to help the province. 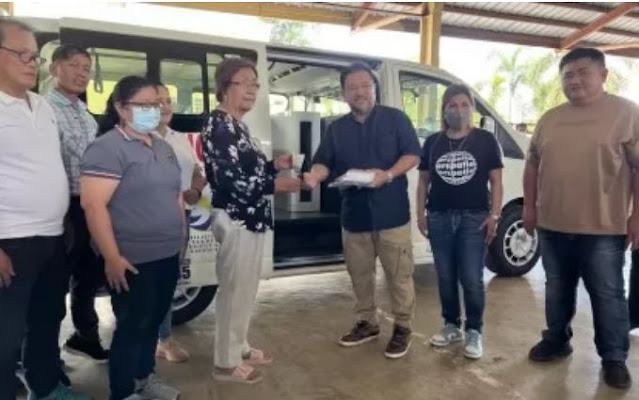 The ambulance from the Marcos administration through the PCSO was formally received by Danglas Mayor Esther Bernos, Abra Representative Ching Bernos and La Paz Mayor Joseph Bernos who stated during thee turn-over that the newly-delivered ambulance will surely helped Abra, which is now recuperating from the devastations brought about by the magnitude 7.0 earthquake.

During the briefing conducted by the DSWD and other concerned agencies attended by no less than Pres. Marcos himself, La Paz, Abra Mayor Joseph “JB” Bernos asked the President to provide for them vehicles which can be used during calamities.

Mayor Bernos revealed during the meeting with PBBM that most of Abra’s ambulances and fire trucks were old and dilapidated aside from being purchased during the time of former Pres. Ferdinand Marcos Sr.

Pres. Bongbong Marcos answered all the requests of Mayor Bernos as he replied by saying “All your comments are well noted and of course, sige we will look into it. The problem of firetruck and ambulance is worse here in Abra than in other provinces, medyo naiwanan kayo,” Pres. Bongbong Marcos stated.