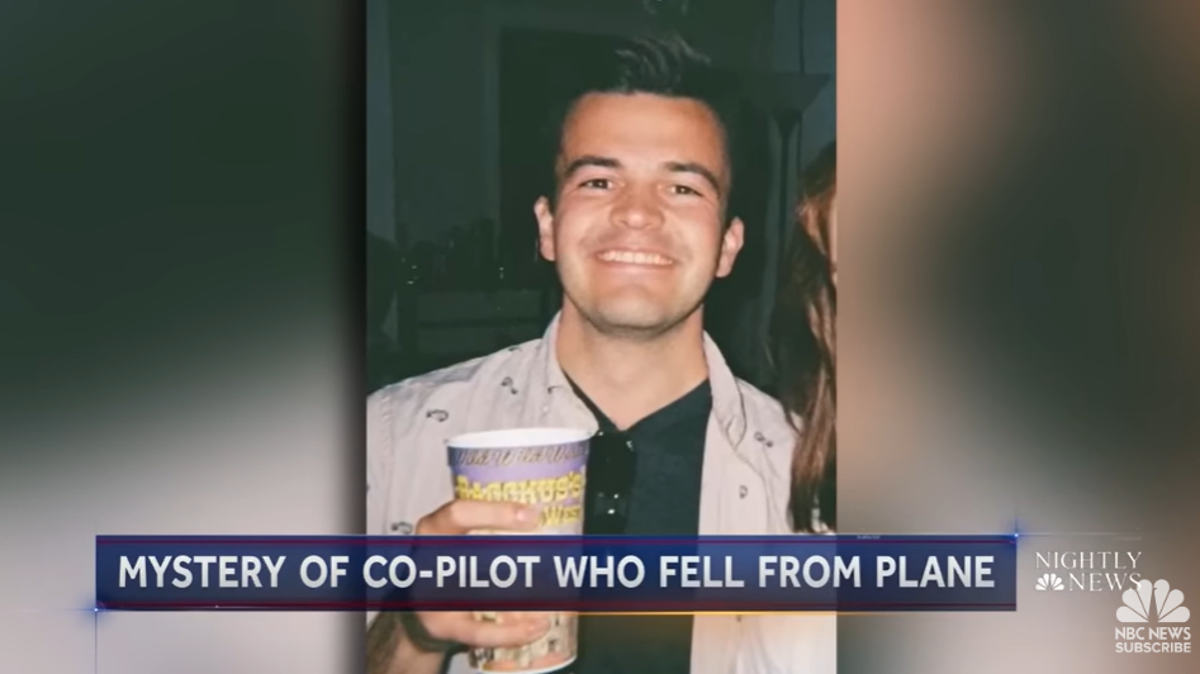 Air traffic control calls have revealed that the pilot found dead in North Carolina “jumped” from his plane before an emergency landing.

Two members of the Federal Aviation Administration (FAA) present in the Raleigh-Durham International Airport (RDU) Tower at the time told a 911 dispatcher in Raleigh-Wake County that the pilot left onboard reported to them that his co-pilot had “jumped” out of the aircraft before an emergency landing last week.

The body of 23-year-old Charles Hew Crooks was located on 29 July in a backyard in Fuquay-Varina. The CASA 212-200 plane had landed at RDU hours before the body was found on Friday evening.

In a recording obtained by WRAL, one of the FAA staffers said: “This is from Raleigh Airport. We have a pilot who was inbound to the field. His co-pilot jumped out of the aircraft. He made impact to the ground and here are the coordinates.”

The recording detailing the call between the airport employees and the 911 dispatches is about 13 minutes long.

“He said he jumped out of the aircraft”, one of the FAA employees said.

“His co-pilot jumped out without the parachute so he might have impact to the ground”, they added.

Darshan Patel, the Wake County Emergency Management Chief of Operations, said that the first 911 call was made at around 2.30pm on Friday from the airport, leading to the search for Mr Crooks. The emergency landing took place at 2.48pm, flight logs show.

“I am sure the pilot is going to be shaken up”, one FAA staff member said on the call. “I have no idea.”

“He literally just said, ‘My pilot just jumped out’”, they added.

Mr Crooks wasn’t wearing a parachute or a harness when he was found.

“I guess at this point in time, all we can do is a recovery”, one of the FAA employees said. “I know. I don’t know. This is the craziest thing ever.”

A friend of the Mr Crooks, Devin Lynch, told WRAL that he “would be interested in hearing the CVR recording because I’d like to hear what was going on in the cockpit that wasn’t being communicated to air traffic control”.

“I’ve known Charles for three years. He was a pilot from the day I met him. I’ve flown with him a few times, and I can tell you firsthand what kind of pilot he was. He followed every rule to the letter”, he added.

On Tuesday, the National Transportation Safety Board (NTSB) said that it was taking charge of the investigation into the death of Mr Crooks.

RDU Police have said that they have spoken to the pilot who survived. The pilot’s identity hasn’t been released. RDU Police have also not made the incident report public as the investigation continues. Airport police have handed over the interview with the pilot to both the NTSB and the FAA.

The NTSB has said that initial information suggests that the airplane was heavily damaged, including the fuselage and landing gear. The agency will decide on the extent of the investigation when more information has been established.

Mr Patel said more than 80 people participated in the search for Mr Crooks.

“At the beginning, it was quite a large search area, and we wanted to make sure we using our resources effectively but also efficiently to do what we could for this individual”, he said, according to WRAL. “It was kind of an all hands on deck for the folks who were in that area.”