The doctor who was the alleged suspect in the controversial shooting incident resulting to the untimely demise of a former Mayor in Basilan revealed during an interview with the media that he seeks help from the government but avail nothing. 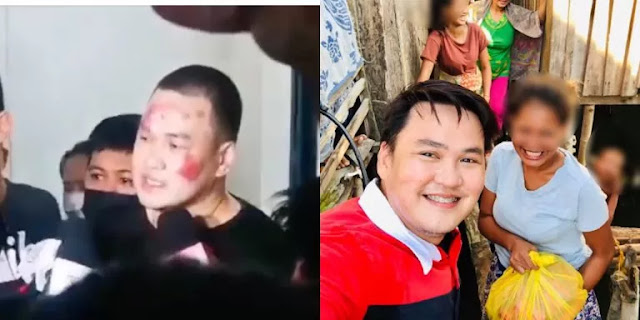 According to Dr. Chao Tiao Yumol when he was presented to the media on July 24 after being captured by authorities for his involvment in the shooting incident victimizing a former Mayor of Lamitan, Basilan, Mayor Rose Furigay.

Dr. Chao Tiao Yumol revealed during the interview that he tried to seek help from the government after numerous attempts to take his life failed. He accused the Furigay family as the people behind the attacks.

The veteran doctor who lives in Lamitan, Basilan is one of the few concerned citizens who filed a case against the Furigay family for their alleged involvement in the illegal drug trades in the city and he presented some evidences to the Presidential Anti-Corruption Commission (PACC).

Dr. Yumol also revealed that he tried different ways to get the attentions of the national government but he miserably failed during those attempts to expose the Furigay family of Basilan.

The veteran doctor is know for his being a good Samaritan to his community. He made a name for himself on social media due to his free medical consultations to poor families of Lamitan City, Basilan.

Despite being identified as the primary suspect in the shooting incident resulting to the death of some individuals, some netizens still believes that the doctor was innocent and was just carried out by emotions of fears.

Some netizens although commended the bravery of the doctor in exposing the illegal drug trades in his hometown, it is still not good for him to take justice with his own hands.