The case of Doc Yumol became controversial not only in the mainstream media but also on social media after he revealed in a short interview after he was arrested that his intention was to exposed the Furigay family and their involvement in the illegal dr*gs trade in Lamitan, Basilan. 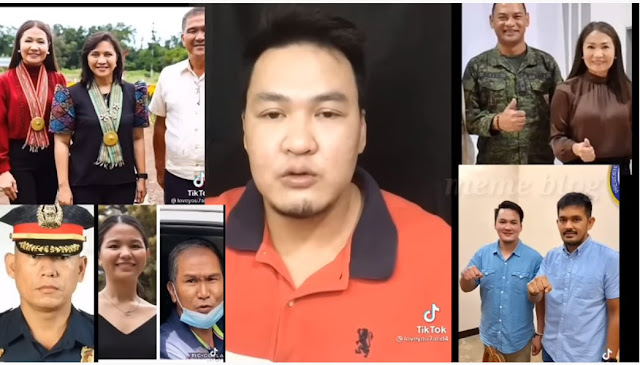 A viral video of Doc Chao-Tiao Yumol resurface anew on social media after his name went viral online as the issue involving Rosita Furigay and her husband became the hottest trending topics after the Ateneo incident.

The video expose of Doc Yumol which was posted in May before the 2022 national and local elections was not the first time that the doctor expose the Furigay family on his hometown in Basilan.

In a Facebook post of Doc Yumol on November 4, 2020 he revealed that his life was in danger after he made an expose about the proliferation of illegal activities in Lamitan City, Basilan.

According to Doc Yumol, he had been in jail, being shot at and that moment in time his life was in danger due to his controversial expose involving a powerful political clan in Basilan.

The viral video which resurfaced anew on social media tells the story on how Doc Yumol made an expose against the Furigay Family of Lamitan, Basilan.

Based on the expose of Doc Yumol the alleged politicians involved in the illegal activities in Basilan is the couple Mayor Rose Furigay and husband Oric Furigay. Mayor Rose Furigay had been in service for at least nine years after the terms of her husband ended.

For almost 18 years according to Doc Yumol the Furigay couple had been in service in Lamitan City, Basilan and they belonged to the Liberal Party but during the time of Duterte they became members of PDP-Laban.

The viral video expose of Doc Yumol claimed that the influence of the Furigay couple even reached Camp Crame and to the Senate media. He also revealed some evidences on how they were able to acquire a drug clearance from the PNP.

Doc Yumol also revealed during his viral expose the alleged members of the PNP who were involved closely with the Furigay family as they proved that they had an alleged connections with high ranking PNP officials.

Aside from high ranking PNP officials allegedly connected with the Furigay family, Doc Yumol also revealed that he personally went to PACC Chair Greco Belgica but right after the closed door meeting with the Furigay, he heard nothing from Belgica.

Watch the Expose of Doc Yumol Against Mayor Furigay: