Manifest Season 4 Is All Set to Answer Your Questions. 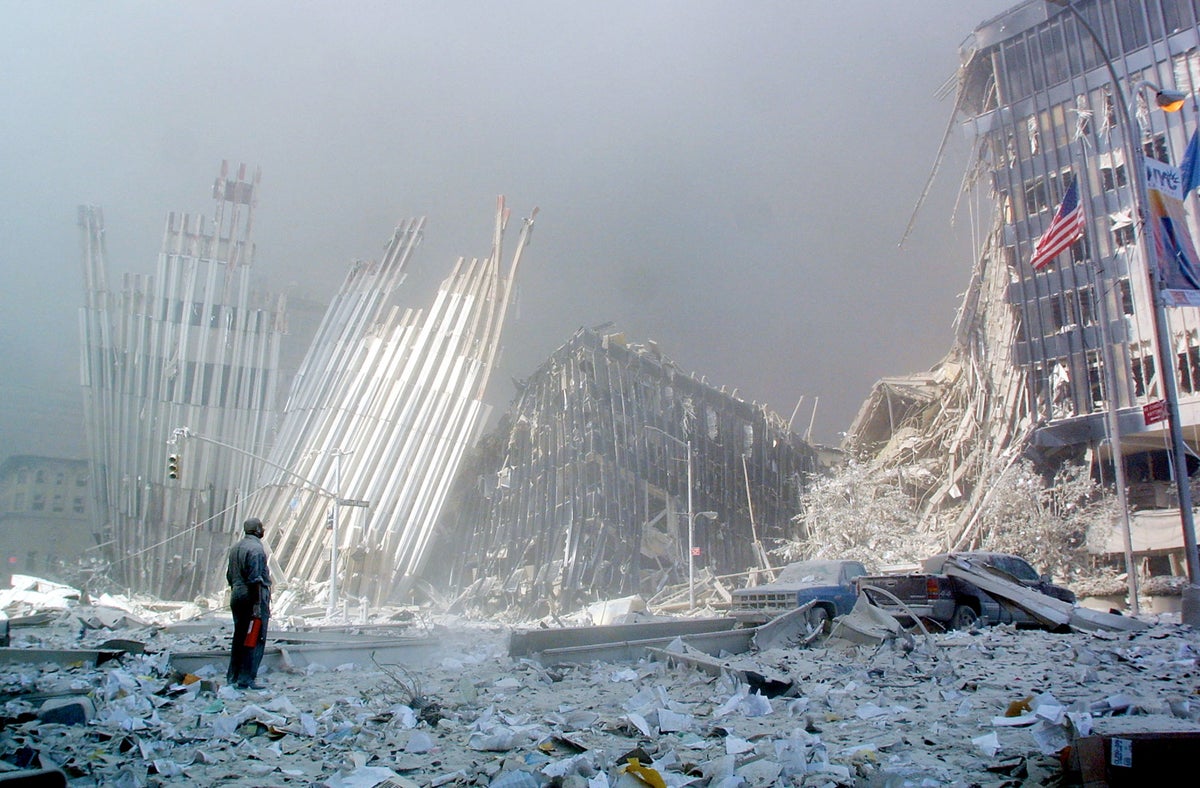 There are some things so difficult to countenance that it can seem simply easier to believe they didn’t happen: that one man could put a bullet through the president’s skull, that human beings could stand on the moon, that a seemingly average man might walk into a school and kill the children inside. And, throughout history, many people have chosen simply not to believe those unfathomable events, telling themselves stories that help make the world make sense, albeit more sinister.

So when the first plane and then another collided with the Twin Towers 21 years ago in lower Manhattan, it opened a wound so unfathomable in its horror that it seemed necessary to tell a new kind of story – one that helped make sense of the tragedy, even as it distorted it. The conspiracy theories began almost as soon as the attacks had finished, and they have stayed with us to this day.

The theories themselves are so well-worn that they have progressed all the way to memes: the common refrain that “jet fuel can’t melt steel beams”, once an earnestly communicated part of conspiracy lore, has now become so hackneyed that it is almost meaningless. But there are many others, which either tend to suggest that that the US could have intervened but decided not to, or that it actually orchestrated the attacks itself.

At the same time, however, they borrowed from tropes and ideas that had existed for centuries before, and which have continued to prove popular in the decades since. For the most part, 9/11 conspiracy theories are the same as those that went before, and those that followed, with the nouns swapped.

Perhaps the most distinct facet about the 9/11 conspiracy theories is the way they were pushed through formats that are familiar now in everything from advertising to the arts. In 2005, as the early viral internet we know today was finding its feet – it was the year of the first Pepe the Frog drawing, the beginnings of “Chuck Norris facts” and the “Million Dollar Homepage” – there appeared a video known as Loose Change, a documentary that presented the central ideas of the 9/11 conspiracy theory in a way that sent it swiftly across the internet.

Korey Rowe, the Iraq and Afghanistan veteran who made the film with friend Dylan Avery after returning from those wars confused and disillusioned, has drawn a straight line from the film to the various conspiracy theories that surround us today.

“Look at where it’s gone: you have people storming the Capitol because they believe the election was a fraud. You have people who won’t get vaccinated and they’re dying in hospitals,” he told the Associated Press. “We’ve gotten to the point where information is actually killing people.”

It can be easy to blame the internet. Experts are divided on whether technology has really made people more given to believing in conspiracy theories.

“We had multiple red scares in this country, Freemason breakouts, Illuminati panics, crushing and drowning witches – all before the internet.

“One month after Kennedy was assassinated in 1963, 55 per cent of Americans believed that the assassination was pulled off by a conspiracy rather than a lone gunman. That number increased to 80 per cent in the 1970s, and stayed that way for three decades; we haven’t seen 80 per cent numbers on anything in the internet era.”

The view that the internet is to blame either for promoting or discouraging conspiracy theorists looks at the problem from the wrong perspective, Mr Uscinski argues; people are not simply “blank slate lemmings walking around” that can have their mind changed by any piece of information they run into, whether that emerged from the internet or the printing press. Instead, conspiracy theory belief is a worldview and interpretation of the world like any other.

“There’s no evidence whatsoever that people believe conspiracy theories more now than they did in the past. We can only see it more.”

Perhaps one of the more potent legacies of 9/11 conspiracy theories is the establishment of a career that has continued to flourish: the professional conspiracist. And perhaps nobody has embodied that more than Alex Jones.

Jones was already a relatively successful radio host by the time of 9/11, and some of that success was built using the same playbook he would use after the attacks. Before 2001, he had focused on other traumatic events and claimed to know the truth of them – the Oklahoma City bombing in 1995, for instance, and the Waco siege that had happened two years before and helped inspire it. While the late 1990s are sometimes depicted as a prelapsarian time of social harmony and reliable information that was broken by 9/11, those events and the response to them show that the foundations were there already.

And while 9/11 helped establish the Alex Jones brand, it was only one stop on his road to underground domination – at least until the legal troubles he’s now experiencing over his Sandy Hook conspiracy theories. He applied the same format of disbelief and accusations that the media story is a hoax to everything from school shootings to the Capitol riot.

He was able to do so because one of the legacies of 9/11 was to give prominence to the idea of the “false flag” attack, a theory that an organisation or country conducts an operation under the banner of another. While that idea has been present for centuries – its name derives from the very real flag that would flown on navy ships – it became increasingly popular after 2001.

“It is a way of explaining what the motivations were for, say, George W Bush – to the extent that you believe that the president and certain aspects of the military industrial complex would be interested in allowing or organising an attack on US soil – because it creates an enemy that you can go fight for whatever nefarious purpose you have,” says Mark Fenster, a law professor at the University of Florida and author of the seminal book Conspiracy Theories. “And that has just become a trope that explains everything now.”

And so the Sandy Hook shooting massacre becomes not the horrible slaughter of kindergarten students by a teenager, but instead a fake operation through which Barack Obama could impose stronger gun control laws. The Capitol riot on 6 January was not an insurrection against Congress by the far right, but the intentional creation of chaos and violent mayhem to be used against conservatives.

Some of today’s conspiracy theories have become far more involved than the ones that cropped up after 9/11, with their adherents behaving more like those interested in myth or religious texts than scholarly study. Those who believe in QAnon, for instance, gather their beliefs primarily through the almost-sacred texts that are posted by the mysterious “Q”, not by endlessly replaying videos and conducting experiments to understand whether the official story makes scientific sense, like those who believe in 9/11 conspiracies.

Others today are laced with a specific kind of irony, that does appear to have been born out of the internet. Accusations that Beyoncé is a member of the Illuminati seem at once earnest and something of a joke; the slogan “Epstein didn’t kill himself” emerges from both a sincerely held belief and has become enough of a meme that it could be slapped on beers and novelty Christmas jumpers.

Each age has its truths, its lies and its conspiracy theories. As much as the truth of 9/11 defined those first years of the 21st century, the conspiracy theories around them have helped colour the lies the world has told itself for the last 20 years.