Kabahan si NVIDIA? Intel Reveals Details on A750 and A770 GPUs

Kabahan si NVIDIA? Intel Reveals Details on A750 and A770 GPUs 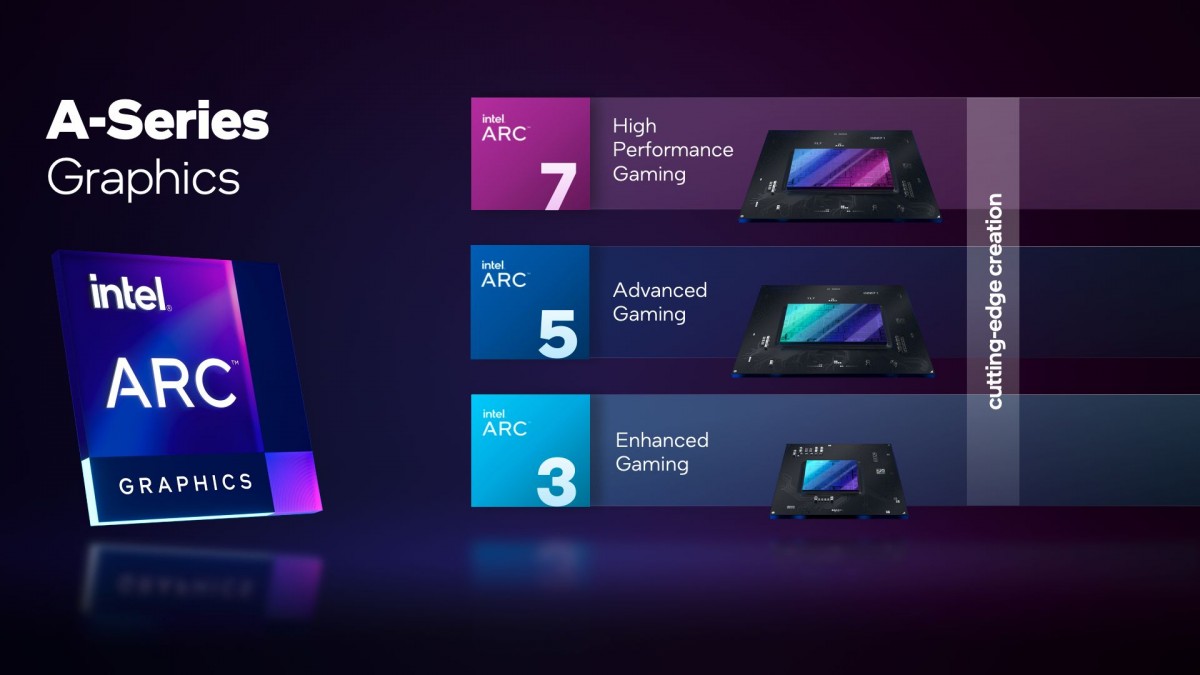 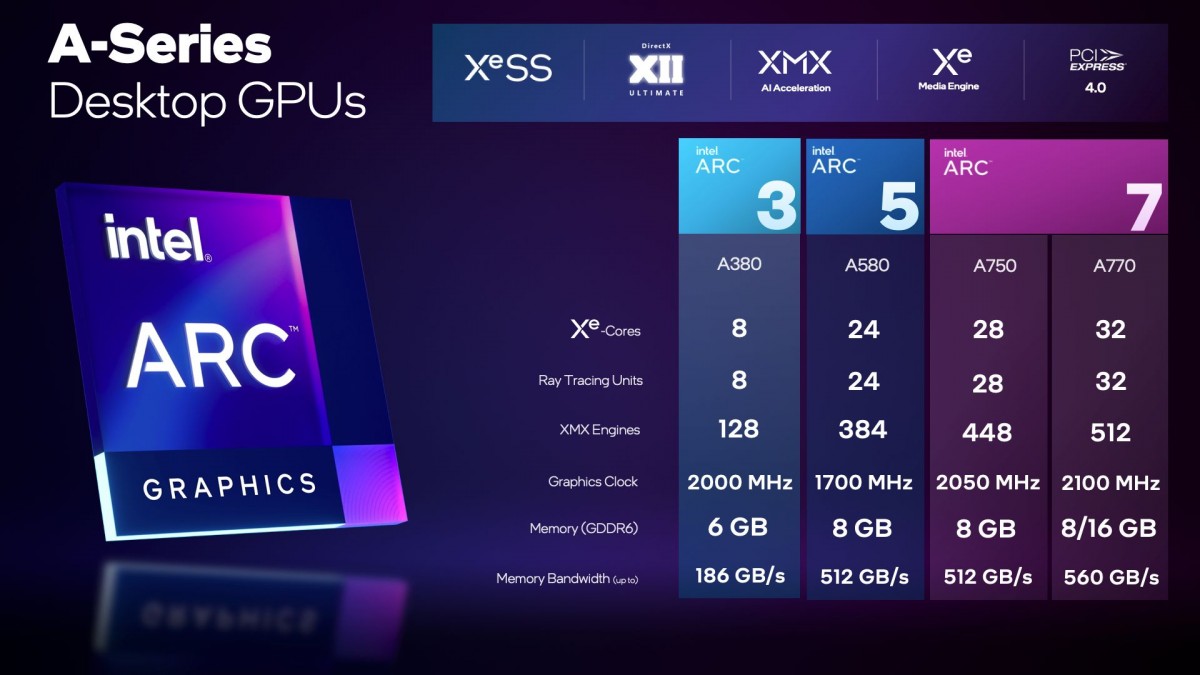 Based on the datasheet provided by Intel, the top-tier A770 will have 32 Xe Cores and the same amount of Ray Tracing Units. It will have a GPU clock of 2.1Ghz (50mhz higher than the A750) and can be configured with up to 16GB GDDR6 memory depending on the board partner and up to 560GB/s of memory bandwidth. For comparison, the A580 and A750 will have up to 8GB GDDR6  memory and 512GB/s memory bandwidth. 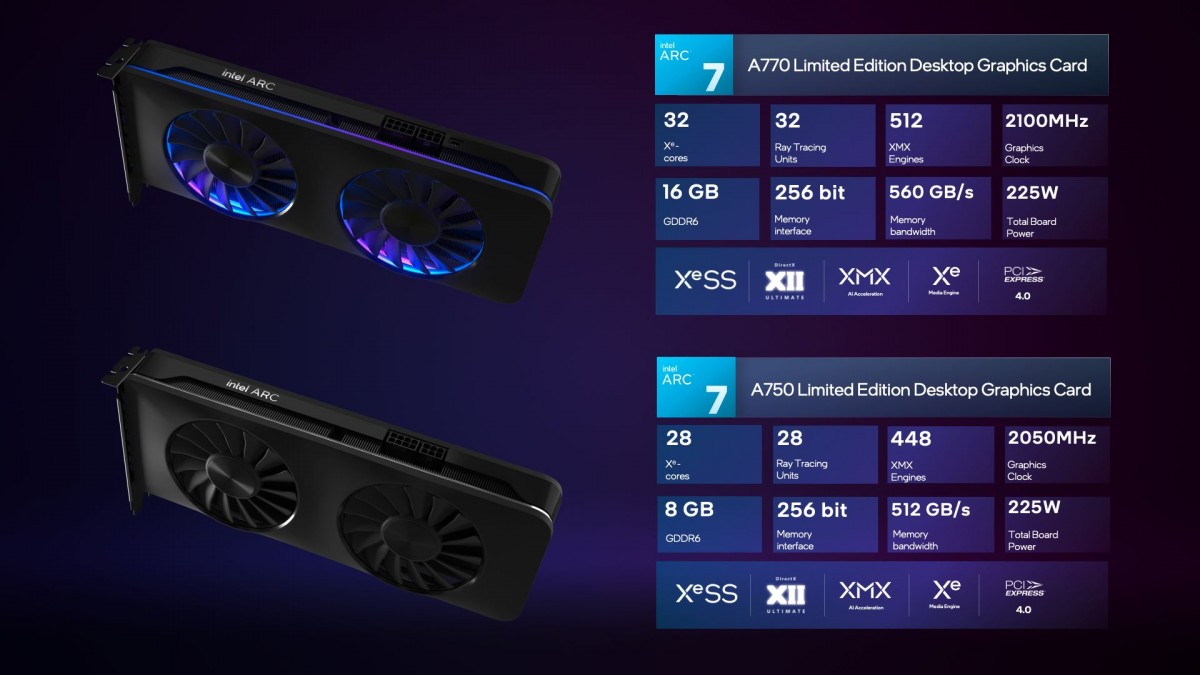 The Arc 7 GPUs will have a Limited Edition variant, which are designed by Intel and manufactured by a third-party brand.

Intel remains mum on the pricing and availability of its Arc desktop GPUs, but we will not be surprised if Intel decides to make a surprise launch at around the time when NVIDIA will reportedly announce its RTX 40-series GPUs, which is scheduled on September 20.