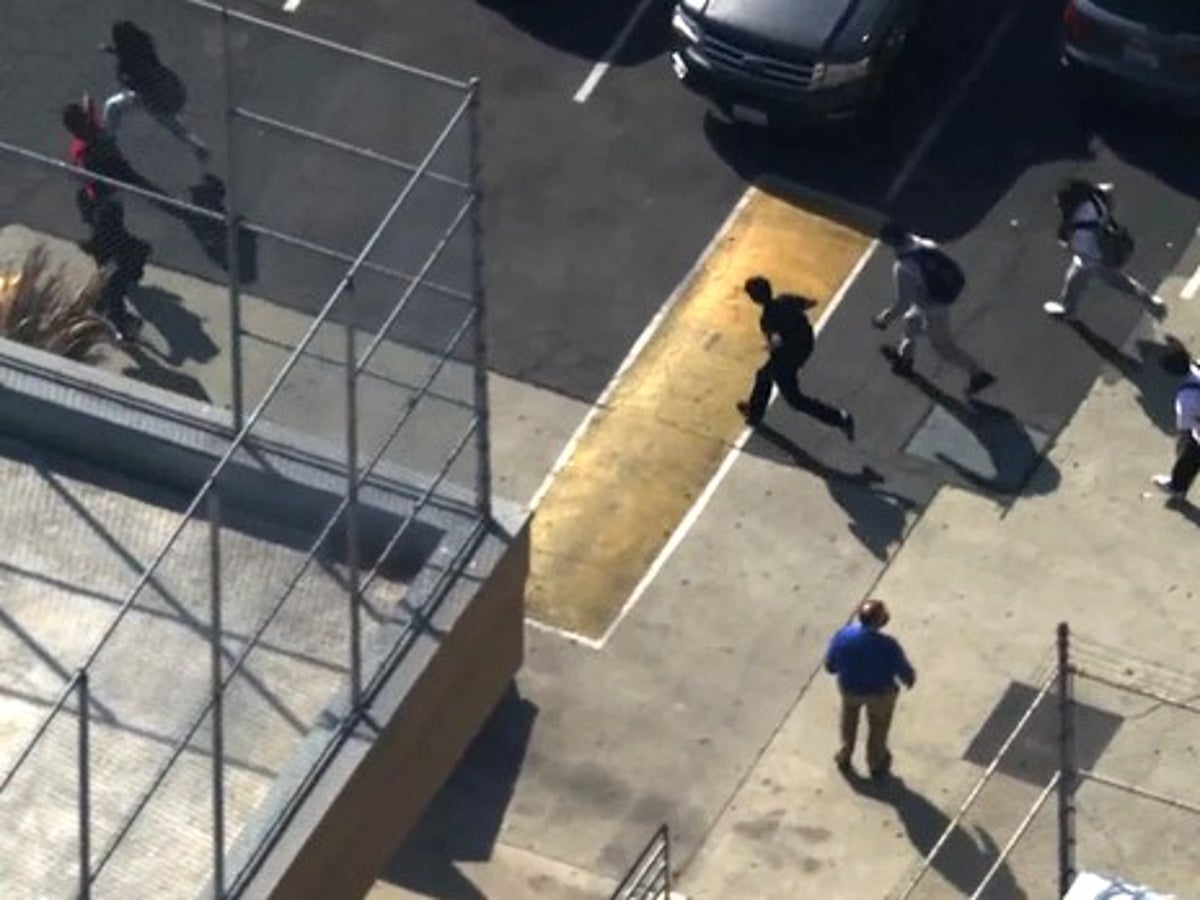 Students were evacuated after police in Los Angeles were called to reports of a shooting at Hollywood High School.

LAPD says that they received a radio call at 9.43am on Tuesday reporting an assault with a deadly weapon taking place at the campus of the school.

The police department says that when officers arrived at the scene they found no evidence of a shooting, but the school was placed in lockdown as the situation was investigated.

Students were ordered to shelter in place or were moved to safety across the campus, while Sunset boulevard was closed at Orange Avenue.

There have been no reports of any injuries, according to Fox11.

The LAPD continues to go through every single classroom on the school’s campus, which is located at the corner of Sunset Boulevard and Highland Avenue in the city.

News helicopters above the scene showed that several squad cars had responded to the incident.

An hour after police were called, LAUSD Superintendant Albert Carvalho took to Twitter to say that the incident had been a “hoax.”

“Recent reports of a critical incident at Hollywood high school are unfounded and, after swift law enforcement response and internal individual classroom verification, we are deeming the incident as a hoax,” he stated.

In January, the school was placed into lockdown because of an armed standoff between police and a suspect in a tent who was armed with a weapon.