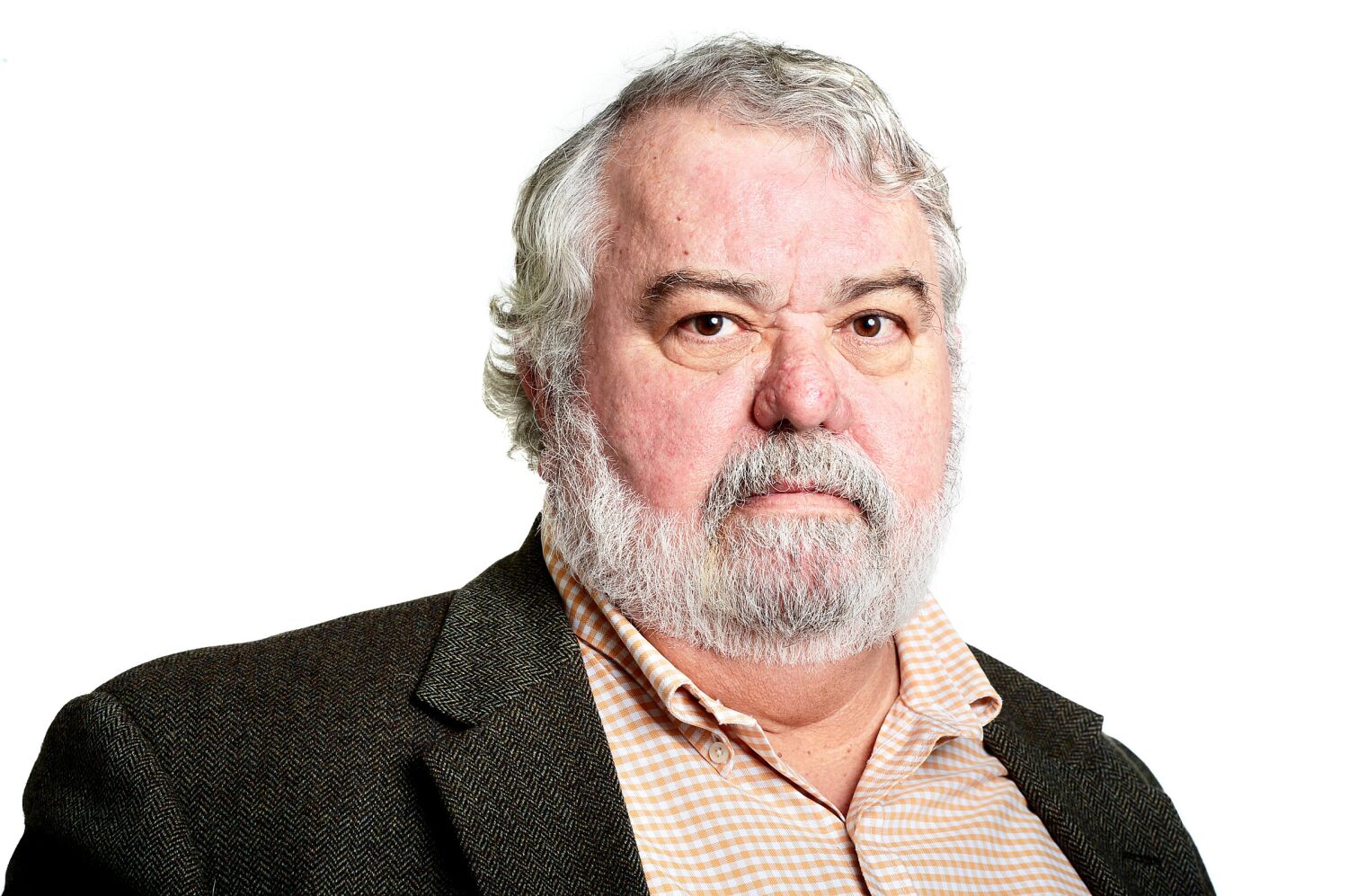 Tim Rutten, a longtime Times columnist and editor whose ability to drill through the many riddles and contradictions of Los Angeles won legions of admirers, has died.

A deep thinker with a puckish sense of humor, Rutten was found dead Thursday after falling at his Alhambra home, said his former wife, noted criminal defense attorney Leslie Abramson. He was 72.

During a 40-year career, Rutten moved seamlessly across The Times’ newsroom — city bureau chief, metro reporter, editorial writer, assistant national editor, book critic and columnist. He was part of The Times’ team of journalists that won the Pulitzer Prize for the paper’s coverage of the 1994 Northridge earthquake.

“Original in thought and lyrical in print, his work is witty, well-reported, passionate, yet staunchly nonpartisan,” Times staff writer Tom Curwen wrote in the paper’s 2005 Pulitzer nomination of Rutten for commentary.

Rutten used his “Regarding Media” column to untangle the complexities of L.A., the nation’s culture wars and the eccentricities of media stars.

He castigated news organizations for soft-pedaling the horrors of war by refusing to publish the chilling photos of the torture that unfolded at Abu Ghraib prison in Iraq. He proposed that the deadliest weapon created by humankind wasn’t the nuclear bomb but the assault rifle and that the Kobe Bryant rape case in Colorado underscored the nation’s two-tier system of justice — one for celebrities and the other for the rest of us.

A San Bernardino native, Rutten attended Cal State Los Angeles but dropped out when he landed a job on the sports desk at the San Gabriel News. He arrived at The Times in 1972 as a copy editor for the paper’s old View section and left the paper in 2011 during a round of layoffs. He later worked as a columnist for the Los Angeles Daily News.

“He dropped out because he was already a journalist. Why sit in a classroom when you could be in a real newsroom?” Abramson said. “He was nearly entirely self-taught.”

Steve Wasserman, a former Times editor, recalled that Rutten always seemed like the grown-up in the room. Given to wearing three-piece suits and bow ties, he smoked a pipe and cut a striking image when he wheeled into work in his 1962 Porsche.

“He had a supple political intelligence as well and could parse the backroom dealings of the city’s power brokers as if he had a ringside seat at a papal conclave,” Wasserman wrote in a Facebook remembrance.

John Arthur, a former managing editor at the paper, said he came to appreciate Rutten’s “wit and wisdom” while working on The Times’ national desk.

“Later I became a devoted reader of his weekly column, where he served up brilliant, erudite analyses of the news and state of the world,” Arthur said.

Rutten also earned a Hollywood footnote when NBC released “Law & Order True Crime: The Menendez Murders,” a miniseries on Abramson’s defense of Lyle and Erik Menendez, who killed their parents in one of L.A.’s many high-profile murder cases. Edie Falco, who stared in “The Sopranos,” portrayed Abramson and Chris Bauer, known for his role on “The Wire,” played Rutten.

Rutten is survived by a son, Aidan Conor Rutten; a daughter-in-law, Laine Abramson; a brother, Tom; and a sister, Paula.