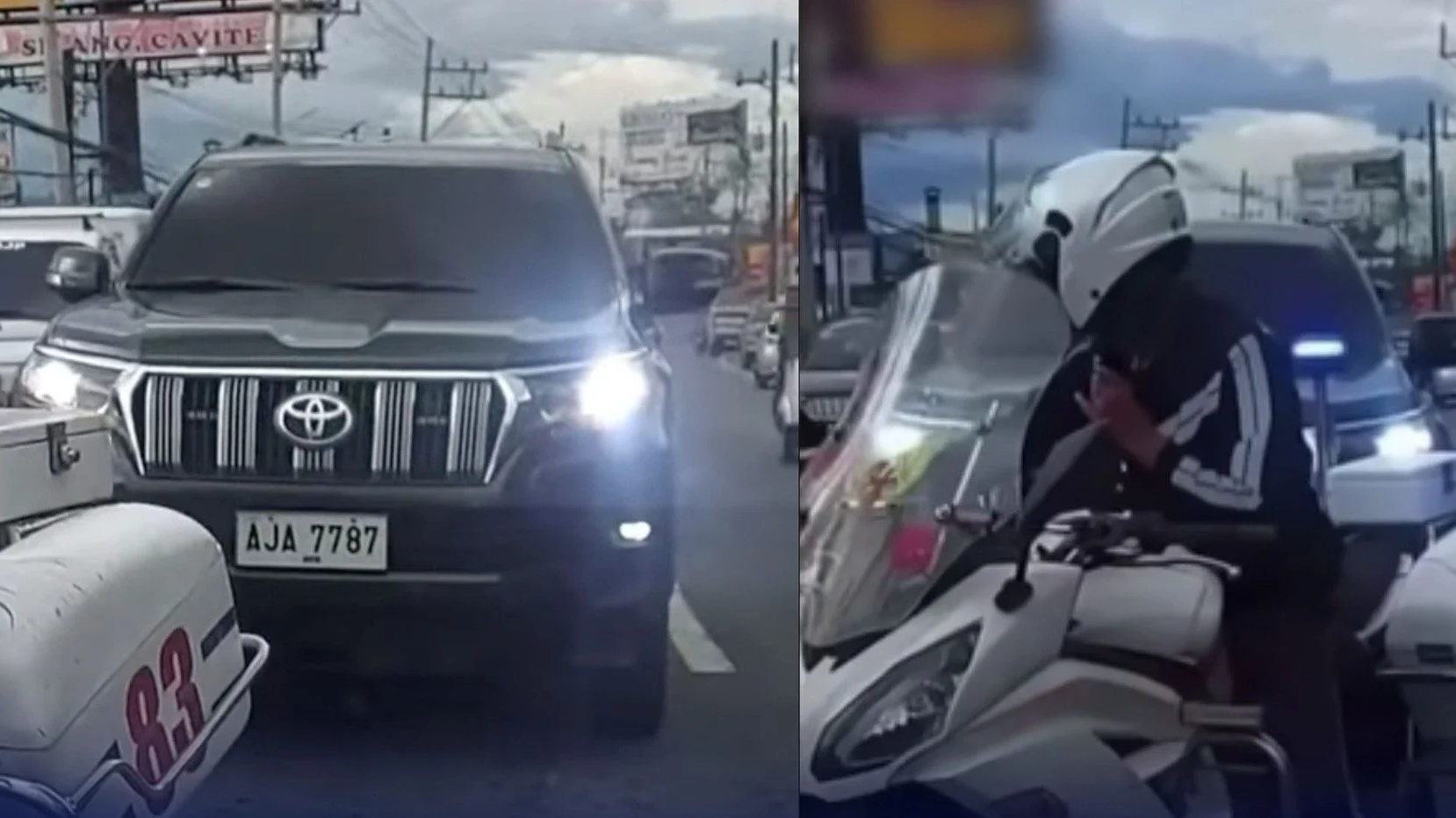 Drivers nationwide should be more cautious and wary of committing traffic violations as their behavior can easily be captured by smartphones these days and spread easily on social media. Such is the case of two counterflowing drivers in Cavite who were caught on cam and later on apphreneded by the Land Transportation Office (LTO). A motorcycle that appeared to be escorting an SUV, complete with blinkers and sirens, was seen to be scolded by the person recording the said video.

In the said post, the government agency reported that the motorcycle driver Michael Inocentes has been revoked of his license and fined P8,000. He was also charged with administrative cases, among them reckless driving, “failure to attach authorized motor vehicle license plate,” and “failure to carry OR/CR.”

On the other hand, the black Toyota Prado driver Toledo was charged with a fine of P3,000 due to obstruction of traffic and reckless driving and also had his license taken.

The LTO pushes all drivers on the road to strictly follow traffic rules and regulation if they don’t want to be charged. According to LTO Assistant Secretary Teofilo Guadiz III, “Buong puwersa ding ipapatupad ng LTO ang batas laban sa mga lumabag, anuman ang antas o posisyon sa lipunan, partikular ang mga nagpapanggap na person of authority (The LTO will enforce the law against violators, whoever they may be, particularly those who pose as persons of authority).”