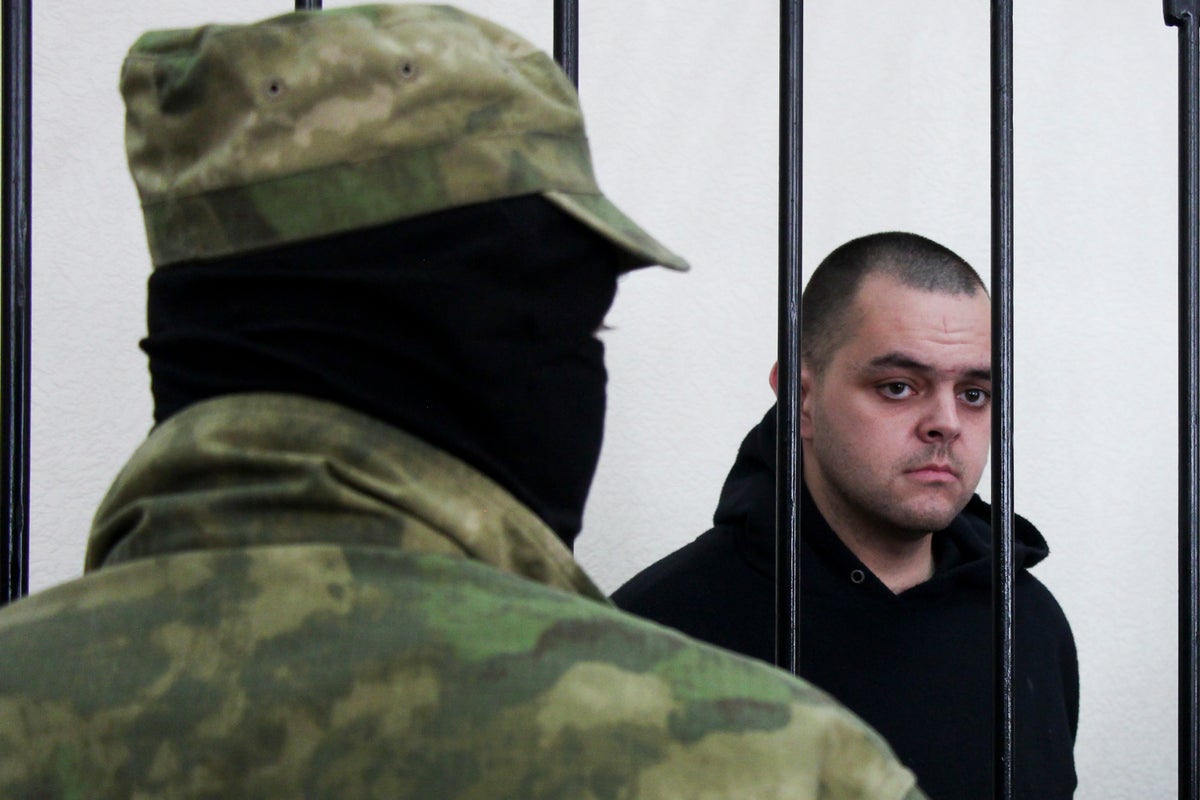 Five British nationals captured in Ukraine and held by Russian-backed forces are being returned to their families, prime minister Liz Truss has revealed.

“Hugely welcome news that five British nationals held by Russian-backed proxies in eastern Ukraine are being safely returned, ending months of uncertainty and suffering for them and their families,” she tweeted.

Aiden Aslin, a British fighter who had been sentenced to death by a pro-Russian court, is among those freed, his MP Robert Jenrick said.

He tweeted: “Aiden’s return brings to an end months of agonising uncertainty for Aiden’s loving family in Newark who suffered every day of Aiden’s sham trial but never lost hope. As they are united as a family once more, they can finally be at peace.”

Mr Aslin, 28 moved to Ukraine in 2018 and later joined the nation’s armed forces.

The list includes American, British, Croatian, Moroccan and Swedish nationals, the ministry said, and that a plane carrying the prisoners landed in the kingdom.

“The relevant Saudi authorities received and transferred them from Russia to the kingdom and are facilitating procedures for their respective countries,” the statement said.

The ministry did not identify the prisoners. A Saudi official said five were Britons, two Americans, one was Croatian, one Morrocan and one a Swedish national.

It’s not yet known whether the five include Shaun Pinner, 48, who was captured alongside Mr Aslin and also sentenced to death in Donetsk, one of Russia’s proxies in eastern Ukraine.

Both Mr Aslin and Mr Pinner were understood to have been living in Ukraine before it was invaded and were members of regular Ukrainian military units in Mariupol.

Prince Mohammed has maintained close ties with Russia’s Vladimir Putin, including within the framework of the OPEC+ oil producers group, despite heavy pressure from Washington, Riyadh’s traditional ally, to isolate Russia.

Ms Truss thanked Ukrainian president Volodymyr Zelensky “for his efforts to secure the release of detainees, and Saudi Arabia for their assistance”.

“Russia must end the ruthless exploitation of prisoners of war and civilian detainees for political ends,” she added.

Foreign secretary James Cleverly said: “This brings to an end many months of uncertainty and suffering, including the threat of the death penalty, for them and their families, at the hands of Russia.

“Tragically that was not the case for one of those detained, and our thoughts remain with the family of Paul Urey.”

The British aid volunteer died earlier this year while being held by Russian-backed separatists.

“I continue to call on Russia to comply with International Humanitarian Law and not exploit prisoners of war and civilian detainees for political purposes,” Mr Cleverly said.