Filipino-British model Kat Alano speaks up and explains the reasons why she never filed a case against prominent celebrity and controversial comedian whose name #rhymeswithwrong. She revealed the reason behind her decision not to file a case against the TV Host. 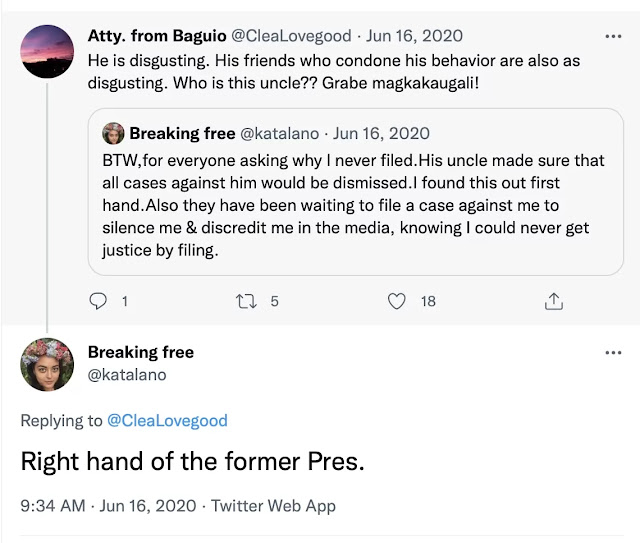 After 17 years the popular model and host Kat Alano claimed through her official social media account that she finally achieved “justice” after she was ra*** by a celebrity whose name “#rhymeswithwrong.”

The model took to social media and posted on her official Twitter account on Monday, September 19, as she shared a cryptic post where she thanked God for finally achieving justice.

Kat Alano also noted that “I can finally feel peace today. God is good all the time. Justice, finally after 17 years.”

Some netizens were asking on social media about the involvement of Kat Alano with the recent case being filed by veteran model Deniece Cornejo against popular host and comedian Vhong Navarro.

In an earlier statement released by Kat Alano during the year 2020, Kat Alano revealed that she never filed a case against a popular celebrity because an alleged powerful individual who is an uncle of the celebrity will do everything just to discredit her in the mainstream media.

Kat Alano was quoted as saying “BTW, for everyone asking why I never filed. His uncle made sure that all cases against him would be dismissed. I found this out first hand. Also they have been waiting to file a case against me to silence me & discredit me in the media, knowing I could never get justice by filing,” Kat Alano stated.

Although Kat Alano never mentioned the name of the individual who was allegedly protecting the comedian and TV host, the name of Kat Alano will always come out once issues about Vhong Navarro will surface both on mainstream media and social media.